Will Delivery Drones Ever Take Off?

Imagine ordering an item online, only for it to whiz through the sky and land on your doorstep less than 30 minutes later. It’s a scenario previously reserved for science fiction – but one that’s now a reality for many, thanks to advancements in delivery drone technology.

Despite their reduced cost and higher convenience, major corporations remain hesitant about the technology. In this week’s blog, we’re exploring the perks of automated air delivery and the turbulence delaying ecommerce drones’ ascension into the sky.

How will it work?

The most appealing aspect of delivery drones is to reduce final mile delivery, therefore cutting the customer lead time. Many ecommerce companies are promising to deliver packages in less than half an hour – but how and where the drones take-off will determine their efficiency.

Drones are ideal for transporting small, lightweight items over short distances in cities and suburbs. They also provide package carriers with the ability to make on-demand deliveries with the typical benefits of automation; i.e. no wages to pay or breaks.

Although they can be controlled remotely by an operator, the autonomous mode will be essential for delivery drones, as an individual pilot behind each would be too costly. Obstacle avoidance technology enables the unmanned vehicle to avoid structures, humans and animals encountered along the way – sensors will also prevent accidental water landings. 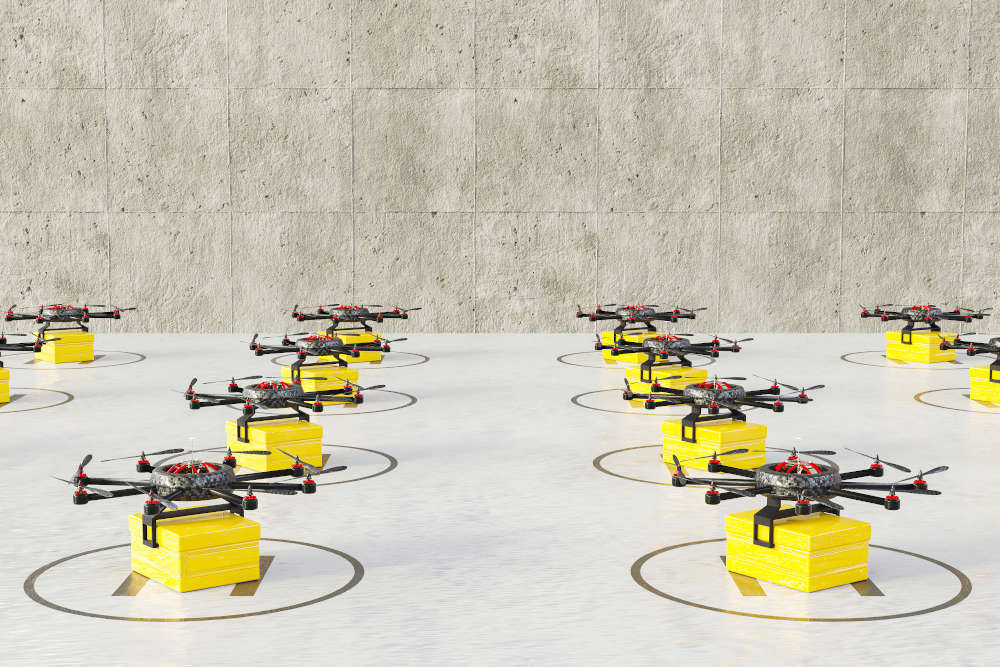 The commercial transportation industry continues to be one of the world’s largest emitters of greenhouse gases, despite various advances in fuel efficiency. Although we look to electric vehicles as the key to a sustainable future, autonomous drones and robots will be crucial in many carbon-reduction strategies.

Drones are more environmentally friendly than petrol and diesel trucks in almost every way. According to Smithsonian Magazine, when used to carry small items over short distances, drones emit between 23% and 54% less than trucks, depending on the percentage of renewable energy in the local grid.

Amazon was one of the first companies to announce their plans for a drone delivery service; however, 8 years on – their fleet of autonomous couriers remain indefinitely situated on terra firma. The optimism of their first ‘real’ drone delivery in 2016 was short lived, once the public discovered that it was a mere stunt using a pre-arranged order.

Promised to fill our skies by the end of 2019, it’s evident that Amazon’s e-commerce drones are years from becoming a reality. After mass redundancies and dozens of roles shifting to other projects; it’s unclear as to how committed the company are to their “Amazon Prime Air” business model. 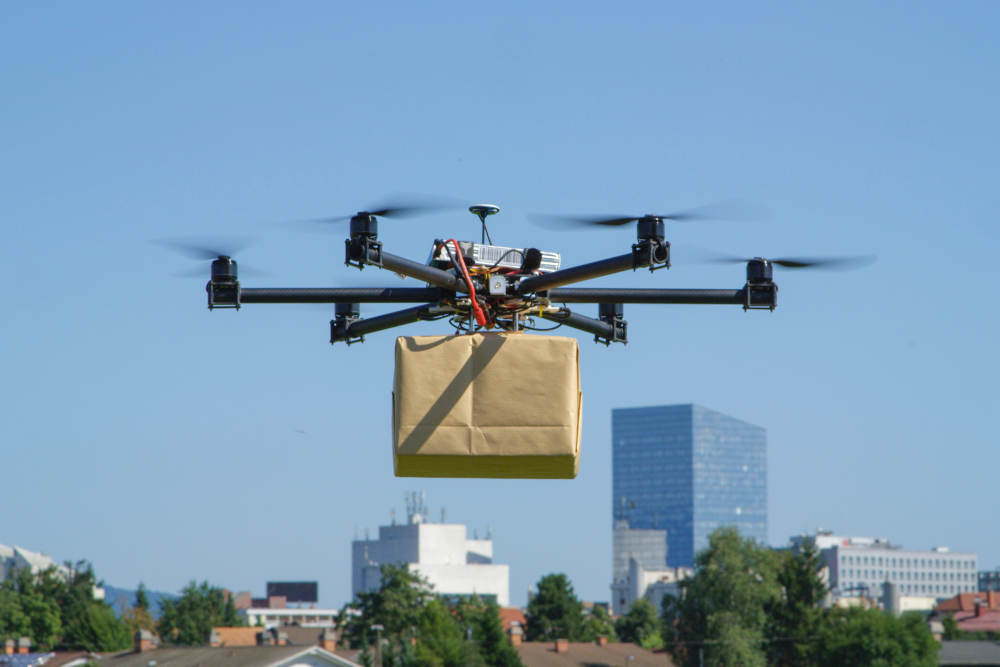 Despite the stagnation of Amazon’s drone program, Irish start-up, Manna, has been running a live autonomous airborne delivery service in Galway, since October 2020. Working with Tesco, local cafés, bookshops and restaurants – the company has helped the high street thrive during a difficult period of social distancing. It has proven to be so popular that 35% of the 3,000 or so homes in its delivery area have tried it.

Innovators in the logistics sector are always searching for methods to reduce costs and enhance operational efficiency. Of course, one doesn’t necessarily have to look to the industry’s future utilisation of drones to see the ways in which automation can benefit our industry. TrackTrans’ TMS & ePOD solution optimises the power of artificial intelligence to deliver a fully integrated, cloud-based, data-driven system that can transform your business.