The Top 5 Things Car Drivers Do That Annoy HGV Drivers

Being a HGV driver is a tough job. Long hours on the road, tight deadlines, traffic jams and delays are all obstacles that we are having to endure - perhaps more frequently than ever due to Brexit and the coronavirus pandemic. 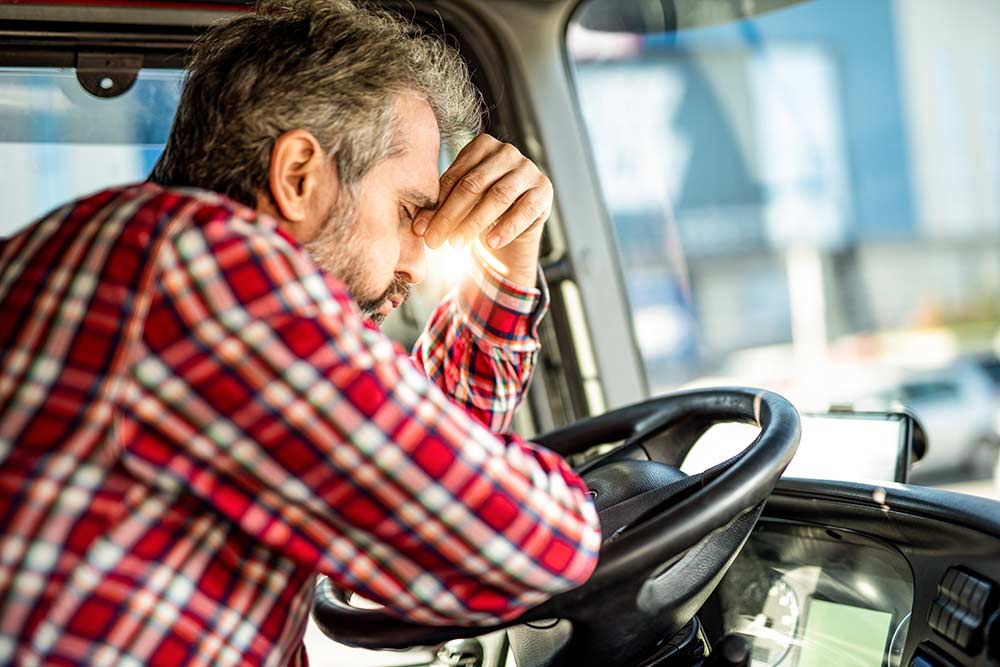 Being a HGV driver is a tough job. Long hours on the road, tight deadlines, traffic jams and delays are all obstacles that we are having to endure – perhaps more frequently than ever due to Brexit and the coronavirus pandemic.

Whilst there are an abundance of inevitable inconveniences when navigating Britain’s roads – most truckers would agree that the biggest daily nuisance is the behaviour of other drivers. In this week’s blog, we’re analysing the sins committed by the general public that make HGV drivers shout “for truck’s sake”!

1. Pulling in too close

A HGV can weigh up to 40 tonnes – this means that they require a greater amount of distance to stop. When driving on a motorway or dual-carriageway, you will often notice that truck drivers leave a large gap between themselves and the vehicle in front.

The problem primarily occurs when a car decides to overtake a lorry. A vehicle will speed up get around a HGV, then brake suddenly to slow down once in front. Rarely will a car achieve the appropriate distance when doing this, therefore seeing a vehicle’s brake lights abruptly ignite is more than enough to significantly raise a trucker’s blood pressure. Spare truckers the unnecessary stress and ease off the accelerator to slow down, rather than hit the brakes! Most important of all – before you move in front of a lorry, think: ‘have I left the driver enough room to stop their vehicle in an emergency?’

2. Tailgating to save petrol

This happens more frequently than one might think. It involves turning off the engine and gliding in neutral while tailgating a larger vehicle in order to take advantage of the reduced wind resistance in its immediate wake. In Formula 1 and NASCAR this technique is known as drafting or slipstreaming, as it helps the car behind slingshot past the driver in front at 200mph.

Unfortunately – you’re not Louis Hamilton, nor is the M1 a racecourse. Doing this behind a truck on the motorway to save a few miles per gallon isn’t just dangerous – it’s INCREDIBLY DANGEROUS. Lorry drivers can’t see your vehicle – you can’t react if they brake suddenly – and above all, you have no visibility of the road ahead. 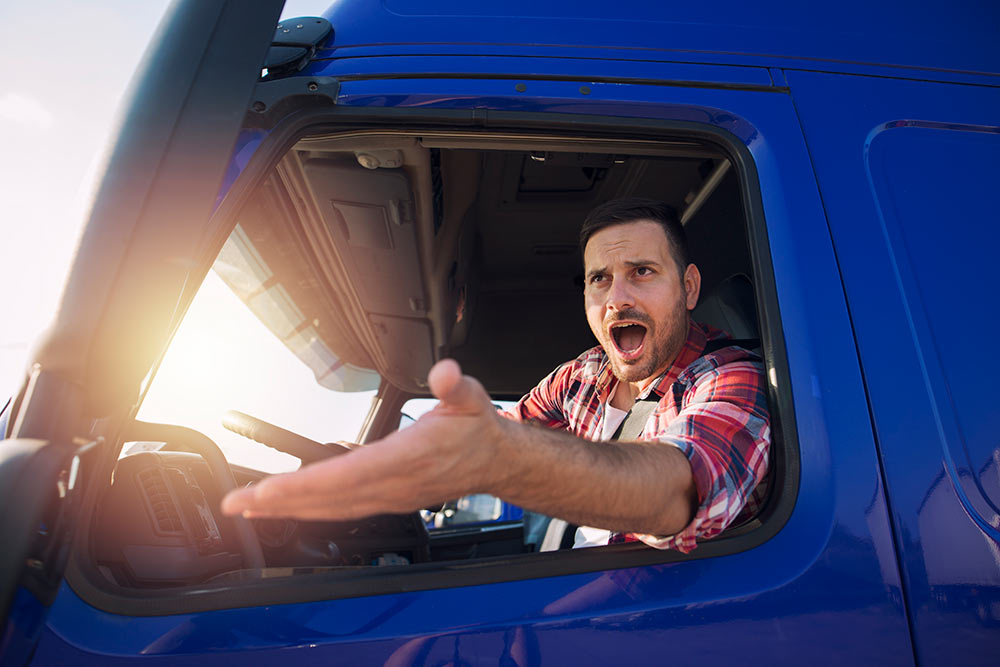 We’ve all been guilty of this at one point or another – but unfortunately, that doesn’t warrant sloppiness. Don’t suddenly pull in without a signal – always indicate – that way you allow the lorry behind more time to react and prevent a potential accident.

Road users failing to signal when turning right can cause HGV drivers to have to brake very late, potentially damaging their load or causing following traffic to collide with the rear of their vehicle.

Alternatively, failing to signal when turning left often means the lorry driver stops their vehicle to allow the other driver to pass, only for the vehicle to turn off. The lorry driver then needs to move off again from stationary, using more time and critically more fuel, causing greater emissions (moving away from a standing start instead of continuing to roll uses approximately 15% more fuel).

It may be tempting to park your car in a loading bay (they’re often placed right outside shops for obvious reasons), but consider the lorry driver that may need to use it. If a trucker arrives to deliver and cannot park in the designated bay, they are forced to drive on, again using more time and fuel. They may need to keep looping around until space becomes available, eating away at the limited daily driving time they have available. 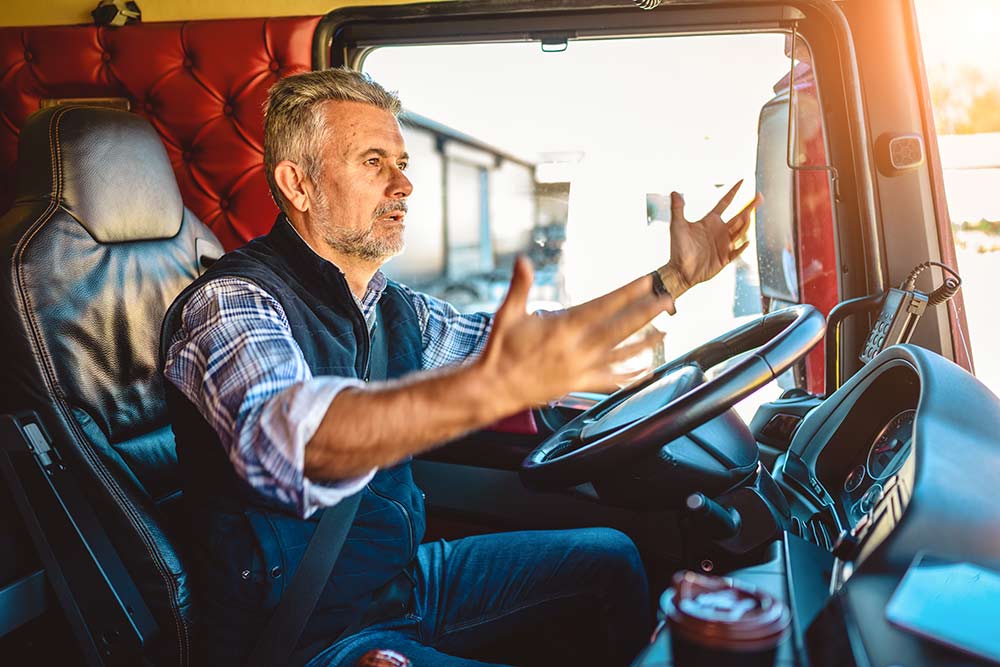 5. People thinking truckers are all nutters and risk-takers

While there is much on the internet highlighting the misfortunes of HGV drivers – including incidents where lorries have hit low bridges; it’s important to remember that these accidents are rare. In order to operate a HGV, it takes a great deal of training – much more than one would need when obtaining a car license.

The vast majority of truck drivers are incredibly professional and fully aware of the massive responsibility that comes from driving a hugely heavy, powerful vehicle with a long load of expensive goods behind them. When taking to the roads, it’s important to treat our hard-working truckers with the respect they have rightly earned.

At TrackTrans, our founders originated from the logistics sector, therefore have endured the same challenges currently faced by hauliers everyday. We understand the frequent struggles encountered by HGV drivers and have created the ultimate Transport Management System to help businesses navigate through this difficult time.

Get started with TrackTrans today and try our free demo.