The transport and logistics workforce is one of the largest and most vital in the UK, with over 1 million employees. However, in terms of gender split, only 20% of these are female, which is less than half the average of 47% across the entire UK workforce. 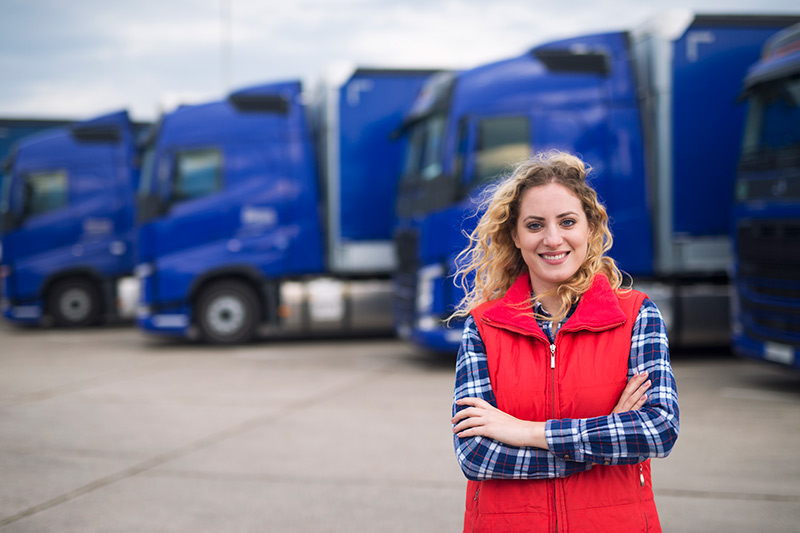 In honour of International Women’s Day and Women’s History Month, we are reflecting on the brilliant ladies who’ve helped push the boundaries and define our industry. We’ll also be discussing the growing need for greater female representation within the logistics sector.

Women have been operating trucks since the start of the 20th century. Luella Bates began her trucking career in 1918, obtained her driver’s license in 1920 and is widely believed to have been the first certified female truck driver.

However, in 1917 – a year before Bates got behind a wheel – Lillie Elizabeth McGee Drennan began driving for her husband’s trucking company, Drennan Truck Lines. Unfortunately, apparent gender bias at the Railroad Commission prevented her from obtaining a licence until 1920 – just after Luella was officiated.

After Lillie and her husband divorced in 1929, she became the sole owner of their company and continued to drive with an impeccable record. The seasoned driver endured sleepless nights on long Texas roads without a single accident and was extremely strict when it came to the safety of all of her employees. Her high standards and exemplary reputation led her to receive multiple awards during her years in the industry. 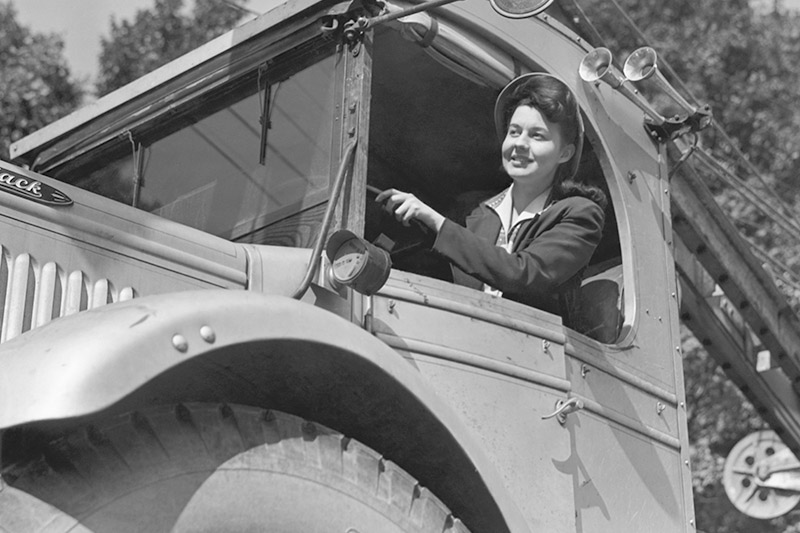 In present day, the UK is facing a shortage of lorry drivers with predictions that an extra million will soon be needed. The Road Haulage Association discovered that the average age of truck drivers is 57 – meaning that more than 25% of the workforce is expected to retire in the next 10 years.

The loss of over 80,000 EU workers from the UK workforce due to Brexit will also exacerbate the existing driver shortage. Many hope getting more women behind the wheel will help solve this situation, but the stereotypical perception of the industry being a ‘boy’s club’ does little to attract female truckers.

A staggering 92% of the 400,000 people holding both an HGV licence and a Driver Certificate of Professional Competence are male. This figure highlights the importance of tackling the sector’s gender imbalance – the resolution to which will in turn solve the “workforce crisis” faced by haulage firms. It is therefore critical to encourage women to seek rewarding careers in the industry – not only to level the playing field, but also to replace the sector’s ageing workforce.

Thankfully, more and more women are seeing a career as an HGV Driver as a valid option for them. The prospect of exploring the country and meeting new people is incredibly appealing to everyone – regardless of gender.

While there is some way to go in regards to the numbers of female drivers – women have been prevalent in logistics offices for many years. They have helped provide a refreshing point of view that differs from men who are well-established in the sector. At TrackTrans, we understand the importance of this diversity of perspective and how crucial talented visionaries will be in leading us into the future.